CBD Cream Facts To Consider Before You Buy

As early as February 2019, the CBD community has been involved in a countrywide campaign engage individuals who are curious to know more about the hemp plant. It has been said that cannabidiol provides various benefits in the human body, and, learning more about this plant is fruitful when considering if it should be used in a daily routine.

This article will share a non-biased approach to one particular hemp product called CBD cream, and its predecessor, cannabidiol. The extensive research included about the hemp plant will allow the interested individual the chance to form an educated opinion for themselves. Information will also be shared as to why the CBD community is extending this educational movement across the country and on why hemp cream should be on your radar.

It has been said that the CBD/hemp community is growing rapidly every day. Capturing the essence of health and wellness is a compelling task and should be sought after. Through the research and facts provided, let’s seek the truth. 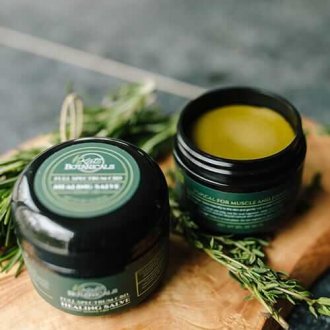 What Is The Science Behind CBD?

CBD, or cannabidiol, is a compound which is naturally found in the cannabis family of plants (alongside hundreds of other cannabinoids). Even though it shares the same family name as tetrahydrocannabinol (the psychoactive compound found in marijuana), the CBD compound does not provide the same psychoactive effects.

A number of people use CBD as medicine, However, The Mayo Clinic reveals that while there are some risks associated with using CBD, they explain that these risks are usually well tolerated by the individual.

CBD use also carries some risks. Though it’s often well-tolerated, CBD can cause side effects, such as dry mouth, diarrhea, reduced appetite, drowsiness and fatigue. CBD can also interact with other medications you’re taking, such as blood thinners. ~ Brent Bauer, M.D., The Mayo Clinic

Another appealing point is the possibility of a 3% chance (or less) that CBD products will be ineffective, or only slightly effective with daily use. While research has revealed that CBD has been useful for treating problems such as anxiety, it has still not been approved by the FDA. Currently, the only CBD product approved by the Food and Drug Association is a medicine called Epidiolex which is meant to treat a rare form of epilepsy.

Understanding the facts about cannabidiol and its lack of psychoactivity in the brain, CBD cream is another product of the hemp plant that has been said to be useful. Once the hemp plant is harvested, the choice is made to use every portion of the plant, also known as “The Entourage Effect” in CBD oil, or as an extraction method which isolates the cannabidiol only.

The extraction methods is where CBD cream begins to take shape. During extraction, CBD is isolated from the other 100+ cannabinoids found in the hemp plant and becomes primarily CBD for the user. The European Journal of Pain published a study which revealed topical applications of CBD were helpful in subsiding pain in rat models with arthritis.

Scientists have discovered another important element within this marriage of endocannabinoids and phytocannabinoids, other endocannabinoids called anandamide and 2-AG. A focused study was performed on endocannabinoids and anandamide and scientists concluded these two were “An attractive therapeutic approach for cardiovascular disease.” Anandamide is produced on demand by the body. Scientists believe that enhanced happiness is a direct result of having more anandamide in a person’s system which is in direct reference to a mutated enzyme. The University of Calgary performed a study on anandamide by comparing happy people with rodents injected with this same mutated gene, and discovered both subjects were able to extinguish fear based memories quicker.

The phytocannabinoids in CBD cream intermingle with the CB1 and CB2 receptors in the body, which is said to restore homeostasis. Scientific studies have also determined there is an underlying endocannabinoid system waiting to react with the body’s CB1 and CB2 receptors whenever any CBD compound is introduced into the system. Keep in mind that there is only a 3% chance that CBD will not be effective, giving a new user an opportunity to incorporate and utilize the full advantages of CBD.

How Local Towns Are Handling CBD

According to California attorney Griffen Thorne, regulatory agencies are nervous about CBD because of the lack of standardization. Since February, the country saw the campaign against the CBD community flare up, and since then local authorities have ramped up the crusade against cannabidiol.

In Tennessee on February, 2018, police locked the doors of a shop that sold CBD products. Sheriff Mike Fitzhugh said, “cannabidiol is an illegal drug and a derivative of marijuana.”

In December 2018, police raided a locally owned mother and son shop which sold CBD products in Nebraska. Eventually, felony drug charges were filed against the owner and their three employees. Officials said, “The illegal use of cannabidiol and highly concentrated THC has not been fully studied.” Charges were eventually dropped.

On March 15, 2019, Fort Worth, Texas local policemen raided a shop containing CBD products. The Assistant Chief of Police, Mark LiVigni, stated, “Marijuana is illegal in the state of Texas.” Daniel Sullivan, the attorney for this specific shop returned his comments, “…they said because it’s marijuana…if they don’t know the difference between CBD and marijuana, they need to study more.”

Campaigns like these have clearly been escalating and while the Drug Enforcement Agency has claimed CBD is not legal, members of Congress have contradicted this claim by filing a pending lawsuit against the DEA.

Local authorities seem unclear as to the legality of hemp products. Local authorities also seem confused about the science and chemical makeup of the hemp plant. Across the country, local officials are making arrests, shutting down shops, and stopping truckers who haul hemp from one location to another. Bloomberg reports that police are having a hard time distinguishing the hemp plant from marijuana. DEA spokesperson Barbara Carreno said, “To enable us to do our job, we have to have something that can help us distinguish”.

The CBD community simply wants to ensure more education and learning is extended to the public. Aaron Cadena explains how CBD is smashing people’s perspective of cannabis by explaining the differences between the two plants and sharing more insight into the differences.

How CBD Cream Is Used

CBD cream is a topical product that customers use for various reasons. Considering the facts and science of studies from the NCBI above, the user must determine where they need the product. There are several popular areas for topical CBD cream: temples, neck, elbows, knees, other joints, hands, soles of feet, and/or shoulders.

Once the user has determined the problem area, the product is applied. Jeremiah Wilhem of Leafly, reports that the user should first clean the area and apply generously. After application, wash hands thoroughly.

While most creams approved by the FDA are made with chemicals, most topical CBD consists of organic ingredients like essential oils. Allure magazine explains how CBD creams and other hemp products are quickly becoming popular in the skin care industry.

Even though President Trump made hemp legal as per the Farm Bill, the FDA’s concern seemed geared toward tainted products and false medical claims made by vendors. This is a legitimate concern and the consumer must take precautions before purchasing. Consumer Reports explains how customers should shop for CBD, stating the fact that even though 47 states have legalized hemp products, most do not require lab testing.

The CBD community wants more education spread to people who are curious about these products. Reason magazine reports there is clearly some ignorance about the hemp plant and this is exactly what the community wants to rectify. CBD has been researched by top scientists and doctors, as discussed in this article, and is growing in popularity every day. CBD cream has been known to be a useful extension of the hemp plant and is consistent in daily routines of CBD users around the globe as reported by the Cannabis Business Times. Educational resources have been made available to people who want to know the truth for themselves.

Why CBD Cream May Be The Best Option For You 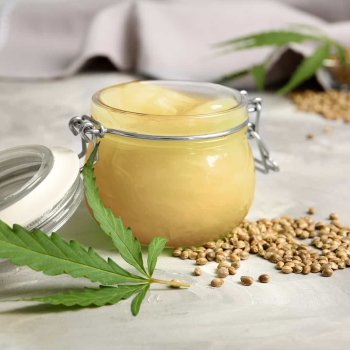 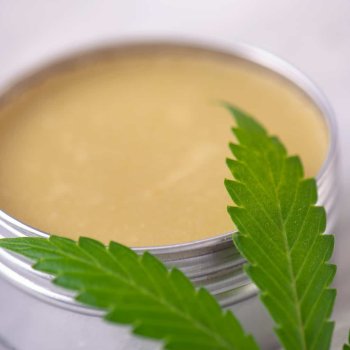 3 Reasons To Use CBD Cream