Once you are familiar with Kratom, you may find yourself wondering about how other herbs could impact your mind, body, and life. It can be exciting to feel subtle shifts in yourself when you begin a new wellbeing journey.

Yet, it’s also important not to rush too fast into several new habits, incorporating a variety of products into your daily wellness regimen. It’s essential to consider the broader impact of a substance and understand all the components before undertaking any significant changes.

Whenever you combine substances, you need to consider potential interactions. You want to ensure the two aren’t working against each other, canceling each other out, or creating more significant issues.

Kratom’s botanical name is Mitragyna speciosa. It is a tropical evergreen tree that grows in Southeast Asia and is native to that land. This tree is related to the coffee plant, Coffea, and is part of the same family. Kratom has been a staple of life for the surrounding inhabitants of this plant’s native land and has been used in traditional medicines for centuries.

Kava’s botanical name is Piper Methysticum, also known as Kava-Kava. This plant is native to the Western Pacific and grown in Fiji, Hawaii, Tonga, and the Samoas. It is possible to grow Kava in the United States; however, it requires a humid, warm, and well-lit climate to develop. Kava has been utilized in its native land for many purposes and used in traditional ceremonies.

The Similarities Between Kratom and Kava 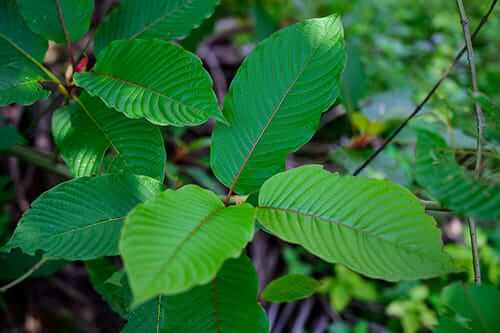 When someone’s new to the world of plants and herbs, it’s easy to make mistakes and get confused. This is often the case with Kratom and Kava; often, people confuse the two. And, on the surface level, it’s easy to see why this is.

These plants look similar when growing in the wild and may look identical in their powder forms. They are also traditionally consumed in teas.

These two plants can provide substantial benefits to the body. Thanks to scientific research, we now understand Kava’s effects and have studies to reinforce the claims. Kava may induce feelings of wellbeing, positivity, lightness, motivation, or peace, so can Kratom.

How Kava is Different from Kratom

Despite commonalities between the two plants, there are a number of significant differences. They come from entirely different botanical families; Kava belongs to the pepper family, also known as Piperaceae, while Kratom is part of the coffee family called the Rubiaceae family.

Kratom is more nuanced. Any benefits an individual experiences from Kratom comes from the dosage, a lower dosage having a different influence than a higher one. However, Kratom’s serving size is 2.4g, and you must not exceed 2 servings in 24 hours. This goes for any strain you decide to use, from Red Maeng Da Kratom to Green Malay Kratom.

Kava has a uniform influence and may produce a sense of calm regardless of dosage. However, Kava should be used responsibly and taken in a correct, safe dosage.

Another difference concerns the plant part used. Although these plants are prepared in similar ways, Kratom’s leaves are used for herbal preparations while the root is used with Kava. This may seem meaningless to those unfamiliar or new to using plants for increased wellbeing, but it is crucial in the botanical world; each part of the plant has different properties and components.

An extension of these differences regards legality. Kratom is illegal (to possess, use, buy or sell) in the following states: Alabama, Arkansas, Indiana, Rhode Island, Vermont, and Wisconsin. There are additional restrictions elsewhere in smaller parts of the country; some counties have banned Kratom’s use while others have simply put an age restriction upon it. It’s essential to check your local regulations regarding Kratom.

Kava does not have these restrictions, it is not considered illegal, and there aren’t questions of its safety. This wasn’t always the case; some years ago, there were doubts about its safety after research emerged indicating Kava had a detrimental impact on the liver. This resulted in a ban in Switzerland and Germany and did provoke individuals to question the herbs suitability for human use. This research was later refuted after discovering other contributing factors, primarily drinking Kava with alcohol, were responsible for the liver problems.

Kava is entirely legal and has been available for public use for more than two decades. If anything, it is growing in popularity, and more people are enjoying its benefits.

Can I take Kava and Kratom Together?

While Kratom and Kava may produce similar benefits, it is still important to exercise caution. Do not mix Kratom and Kava in one dose. Many Kratom and Kava enthusiasts choose to utilize Kava and Kratom during different times of their daily or weekly routines.

Do not smoke or vape either substance, as Kratom and Kava’s powerful components may overwhelm your body’s systems.

How to Enjoy Kava 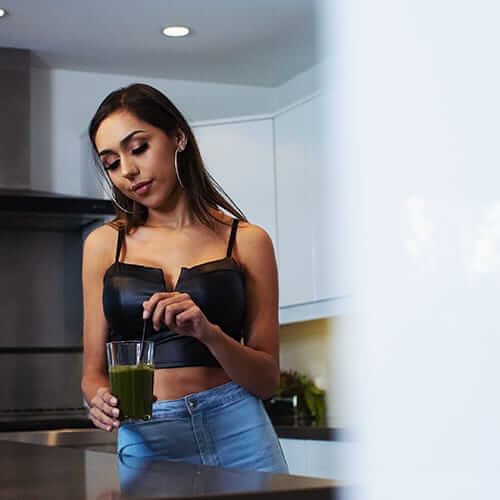 Kava is traditionally drunk as a tea. You can purchase pre-made Kava tea bags and may find Kava included in stress-relief herbal teas.

If you want to experience Kava’s full benefits, you’ll need to take it on an empty stomach. If you’ve just eaten a big meal, the food can diminish your experience. If you want your body to utilize Kava efficiently, ensure you take it when your stomach is relatively, if not entirely, empty. Plan your drink around your meals, waiting approximately 3-4 hours after eating before drinking your Kava tea.

Purchase the best quality Kava you can find. If you’re not buying Kava tea bags, you’ll need to purchase the loose Kava root. Research the suppliers which are available to you and, where possible, select Kava root that is freshly ground and made from the lateral roots because these contain the most potent kavalactones.

Measure out the correct amount of Kava using a scale or other appropriate measuring equipment. Follow the instructions which come with the Kava. It’s crucial to follow these and only take the stated amount.

Place the Kava root in the strainer, pour the warm-hot water over the root. You’ll want the water to be cool enough that you can comfortably touch it, but just hot enough to allow it to infuse for 5 minutes.

Use your hands to gently squeeze and press the root in the strainer to agitate the Kava in the water. Do this for up to 10 minutes.

Once you have got as much out of the Kava root as possible, remove the strainer from the water, and you’ll be left with your traditional tea.

If you want to ease your way into the Kava tea experience, try the following simple tea recipe.

You need Kava root, a glass jar, boiling water, a strainer, a mug, your sweetener of choice, milk (optional).

Take the required amount of Kava root and place it in a glass jar big enough to hold the liquid you’ll be using. Cover the root with boiling water, enough water to make yourself a cup of tea, and allow it to steep overnight with the lid on the jar.

The next day, take your infused Kava tea and strain the liquid into your desired drinking container. Then, add some items to soften the taste, so it’s to your liking. Add sugar, honey, or even some milk.

How to Enjoy Kratom

Kratom tea can be enjoyed in a similar way to Kava. To make a simple Kratom tea, you need high-quality Kratom powder, lemon juice, strainer, and a sweetener of choice such as honey or stevia. 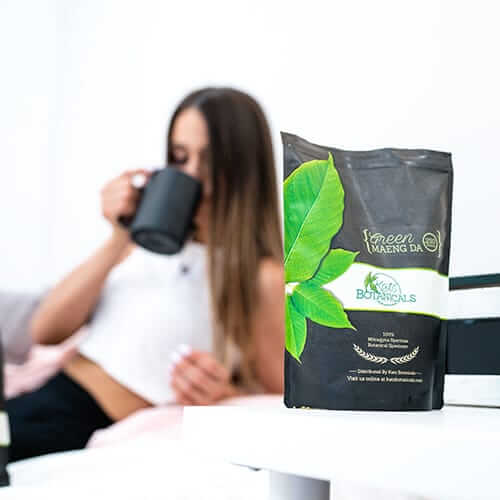 In a bowl, soak the Kratom powder in some lemon juice and a splash of water for approximately 15 minutes.

Then, in an appropriately sized pot, begin to heat the water. Only allow the water to reach a gentle simmer (don’t let the water exceed this temperature if you want to provide Kratom’s optimal conditions).

Add the Kratom and lemon juice mixture to the gently simmering water and infuse it for about 10-15 minutes. Your tea is ready once the water has turned bright yellow.

Use the strainer to separate the used powder from the liquid. The leftover powder can be used a second time.

Pour the liquid into a suitable container; if it needs extra stirring to get out any lumps, go ahead and stir it. Finally, add any sweetening you’d like and enjoy your Kratom tea.

While Kratom and Kava can be used to boost your wellbeing, it’s important not to mix the two plants into one dose. Instead, incorporate Kratom and Kava into different times of your day or week to promote a balanced wellness journey. 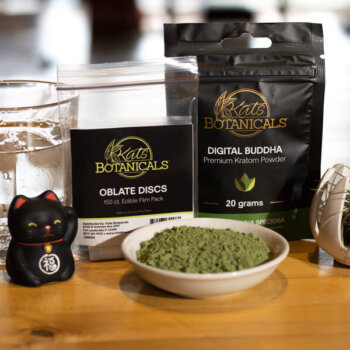 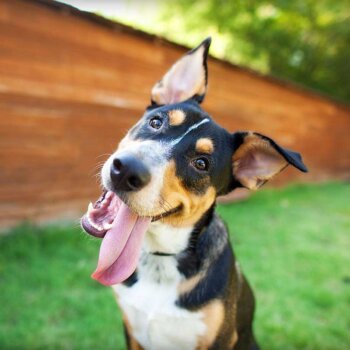 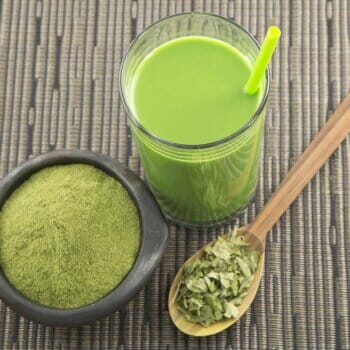 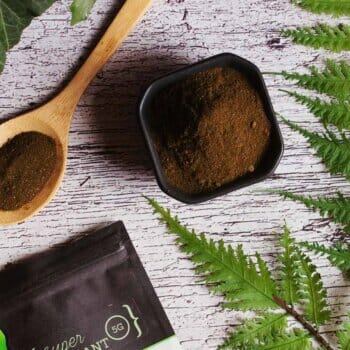 Helping your Pet Prepare for the Holidays